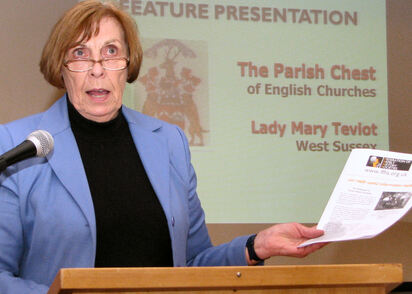 Lady Teviot of Census Searches Ltd has been involved in Family History for thirty-five years, much of that time being a period when not many people were interested in the subject, but it is now at an all-time peak of popularity.

Looking back to when all this began with Alex Haley’s programme Roots, such popularity has continued to the present day with the third series of Who Do You Think You Are? The rapid expansion of genealogical sources which are now available on the internet has added to the interest, with people of all ages and both sexes becoming hooked. What began as curiosity as to the origins of my own family became after about six months a research service for family history which also includes intestacy (that is, when people die without leaving a will and the missing heirs to the estate have to be found) and research for the media, which can lead to some very odd requests for information.

The bonus has been travel in the form of lectures and seminars in Canada, the U.S.A, Australia, New Zealand and South Africa, taking part twice in the TV programme Good Morning Australia, the Dini Petty Show in Canada, as well as TV and radio in the UK, including the second and third television series of the popular Heir Hunters programme on BBC 1.

I was President of the Federation of Family History Societies 2001-2011 (and am now a Vice-President for life), Chairman of the Friends of East Sussex Record Office and a Member of the Council of the British Records Association. I am also an accredited speaker for the Surrey and  East Sussex W.I.s. and speak in addition to the Rotary, U3A and other associations.

My first introduction to family history was by way of two books out of the meagre five or so on the library shelf, namely one by L.G. Pine (the title of which escapes me), and another by Gerald Hamilton-Edwards called In Search of Ancestry which I found much more interesting. Compared to nowadays they would be considered woefully inadequate. I thought about going to Somerset House which seemed the obvious place to begin but that seemed rather daunting, so my next step was to venture down to Abney Park Cemetery in the East End of London where my mother told me her parents were buried. Being quite uninterested in her ancestors, she had not known that there were other members of her family buried there. Little did I think that some thirty years later I would be speaking at a Conference in Ottawa, mentioning London Cemeteries, when a hand in the audience shot up and a man admitted that he was one of the chief indexers for a project on Abney Park which is available on the internet and is a wonderful source for London burials in the East end. 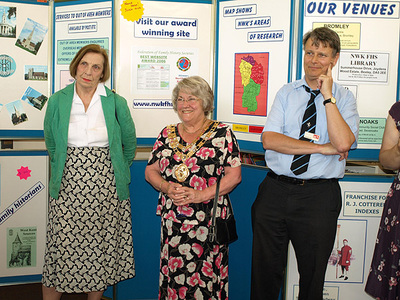 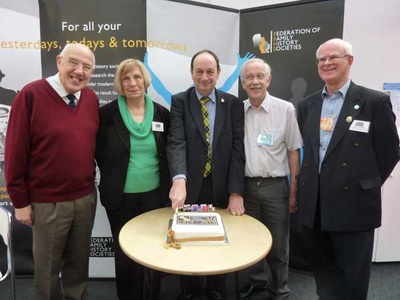 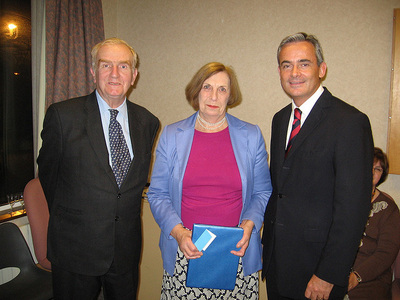